Suspending an email means saving it for later review. If you receive many emails from a single sender, that sender's email address is suspended.

As a result, if your account receives an unusually high number of spam complaints, it will be placed in the suspended emails section. Now, the e-mail sent by the end-user exceeds the maximum length restriction and is rejected by the server.

If an agent or owner receives a massive number of emails from a single user, the owner has the authority to place those emails in Uvdesk's suspended emails folder.

As shown in the image below, we select the "Suspended Emails" section under "Reports"

When you click on Suspended Emails, you will be taken to the suspended emails section.

Now, if you want to remove any email from the suspended emails, there is an option available called Process email; simply click on that button and you will be able to recover the desired email.

There is a Whitelist option in the top right corner. Whitelisting emails is a method of adding an email to an approved list so that it never ends up in your spam folder.

As a result, you can select the whitelist option and be redirected as shown below: 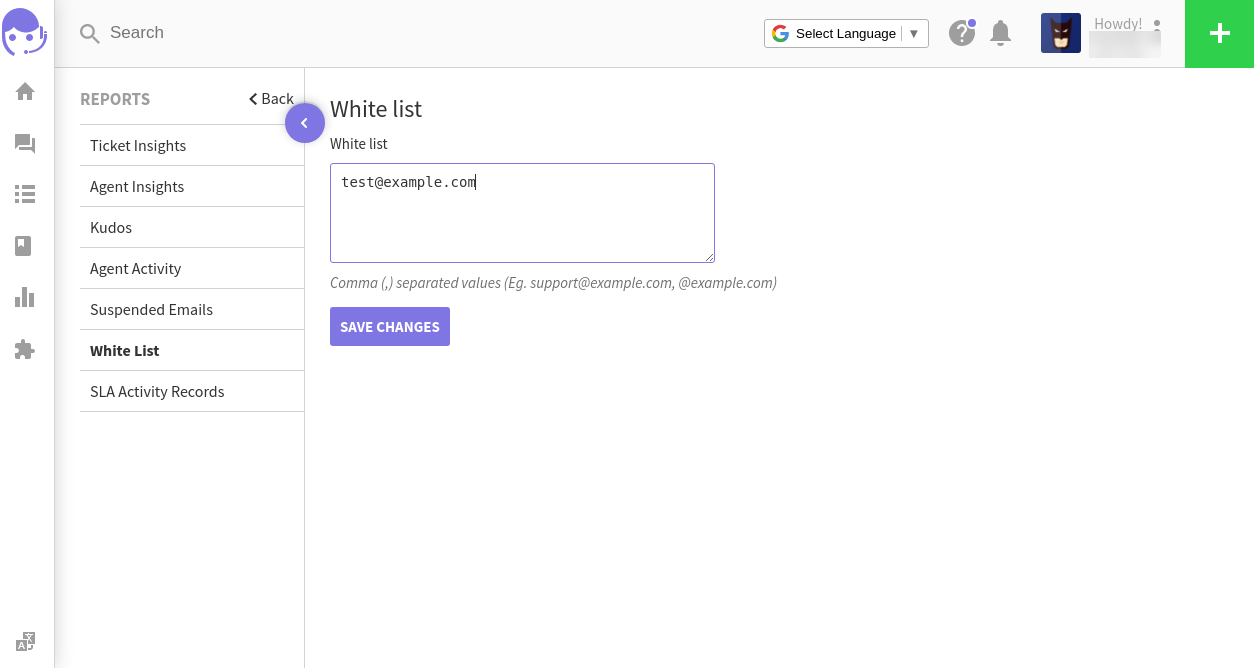 Now, enter the email ID that you want to be on the whitelist, and the owner and support agent will have access to emails in the suspended email section.

If you have any questions, please email us at support@uvdesk.com and we will do our best to help you.

Unable to find an answer?

Looking for anything specific article which resides in general queries? Just browse the various relevant folders and categories and then you will find the desired article.

Are you sure? You want to perform this action.

Some of our site pages utilize cookies and other tracking technologies. A cookie is a small text file that may be used, for example, to collect information about site activity. Some cookies and other technologies may serve to recall personal information previously indicated by a site user. You may block cookies, or delete existing cookies, by adjusting the appropriate setting on your browser. Please consult the HELP menu of your browser to learn how to do this. If you block or delete cookies you may find the usefulness of our site to be impaired.